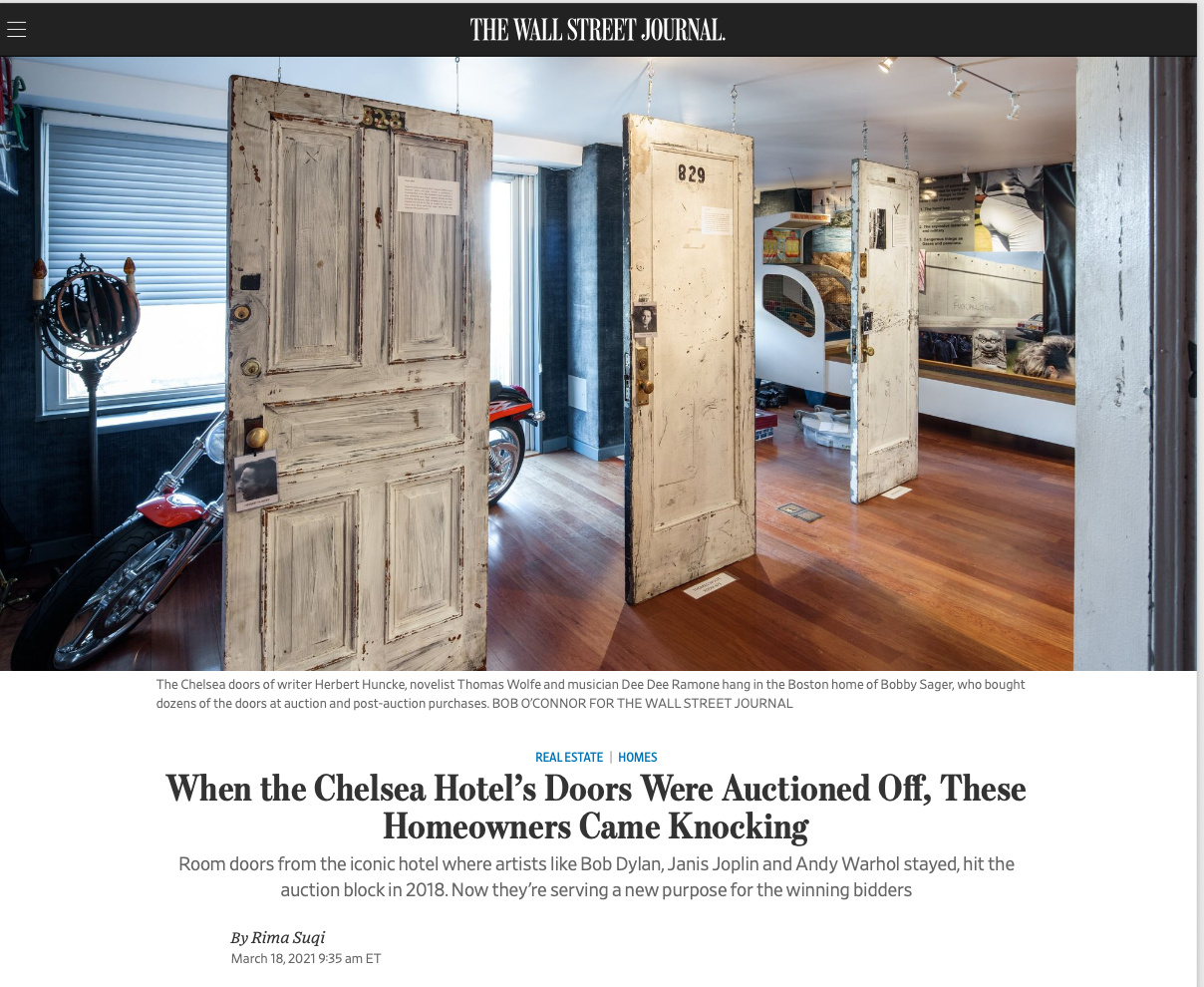 Posted at 09:46h in Uncategorized by Rima Suqi

The Chelsea Hotel on 23rd Street in New York City has a storied history, and was home (either temporarily or more permanently) for a host of now legendary creative types, ranging from Bette Davis and Humphrey Bogart to Jimi Hendrix and James Morrison. The hotel was sold in 2011, a renovation was started and, long story short, a guy who was homeless at the time (but had lived in the hotel) noticed that the doors to these rooms were being thrown away, figured out how to save them, catalog them, and bring them to auction. The article explores some of the buyers of the doors, what they bought, why, and where they live today. Read it here (paywall).